Chapter One by Asi Wind 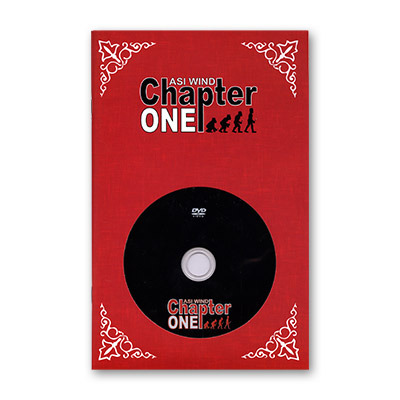 When I started working on this project, I was searching for a title for this booklet that would reflect my viewpoint on magicin in a nutshell. The title I came up with was “Magic Evolution.” This title conveys the idea that magic, like anything else in life, is a process of evolution, where one thing evolves to another. In other words, almost every trick “invented” was based on someone else’s “invention.” We are just updating, upgrading and modifying (not always with success) ideas and thoughts of other magicians from a prior stage of the evolution.

Now, some might object to the idea that everything in magic is just a modification or improvement of another idea. That might be true to some degree, but I do believe that even “revolutionary new ideas” grew out of influence and inspiration.

Obviously, the title “Magic Evolution” didn’t make it to the cover, as it risked the implication of a historical treatise about the evolution of magic: therefore, “Chapter One” tooke its place. as this is the first chapter – for better or for worse – of my contributions to the evolution of magic.

Tags Chapter One by Asi Wind