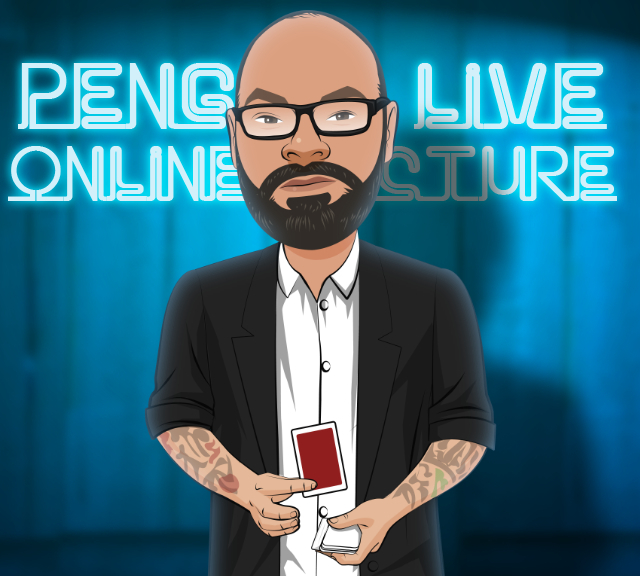 Celebrity Prediction- Hand a prediction out at the beginning and a spectator freely thinks of a celebrity and any playing card. Without fishing, and without the spectator telling their choices, you can show that your predictions were correct.

Cheeky Bet- A fun self working bar bet with a kicker that they won't see coming.

Sponge Bearing- A sponge ball and a coin transpose multiple times until they finally combine into a huge metal ball.

Triple Threat- A rapid fire multiphase coin routine where coins vanish, appear, and jump from one place to another. There are literally dozens of magic moments that all culminate in a double jumbo coin production!

Tri-Umph- A perfect effect for walk around. No Table needed. No force. Can even be done with a shuffled deck in use. Best of all it has an extra phase with a 4 of a kind production of a spectator's freely named card.

Card Under Box- This is the routine that Craig performs when he wants to make a lasting impression, and it has taken him around the world.

Forecast- An Any Card At Any Number prediction where the spectator shuffles and they take deal down and find their named card at their named number.