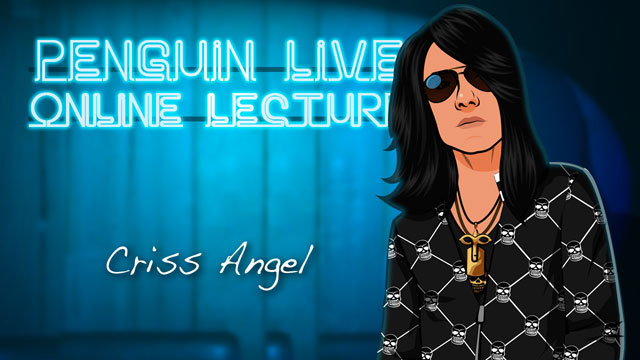 Criss Angel is the most commercially successful magician of all time. Having directed and starred in more magic made for television than any other magician in history, Criss breaks down his success – and the road to it.  In this Q&A lecture hosted by the legendary Lance Burton and filmed live in Las Vegas on Criss Angel’s very own stage at Planet Hollywood Resort & Casino, you will get a deeper insight into the onstage persona and the offstage man that is Criss Angel. In addition to road stories, and a look inside the creative process behind the production of the Luxor show “Believe” and the Planet Hollywood show “Mindfreak Live”, you’ll learn some clever ideas to make yourself better at the business of show business.

More than 90 minutes in length, this exclusive interview granted to Penguin Magic grants unprecedented access and candor by Criss Angel himself. In addition, 100% of Criss’ proceeds from this special presentation will go to benefit pediatric cancer research*. Whether you want to be a better close up magician or the next big star on the Las Vegas strip, this in-depth discussion between Criss Angel and Lance Burton has the secrets to success that no other lecture can offer all while benefiting a great cause. Join the Mindfreak now at Penguin Live.