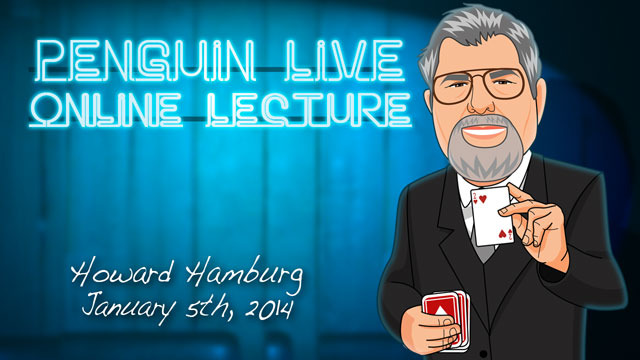 “Howard is one of the best card men in the world you never heard of.” -Doc Eason

Howard will be presenting and expanding upon a lecture that earned him the Lecturer of the Year award from the Academy of Magical Arts in Hollywood.

He’ll begin with an effect he created for Dai Vernon’s birthday which starts like a standard oil and water but takes a very surprising twist at the end.

Then, four kings and four queens get involved in some action and, as the plot thickens, the queens suddenly go missing… leaving the aces in their places.