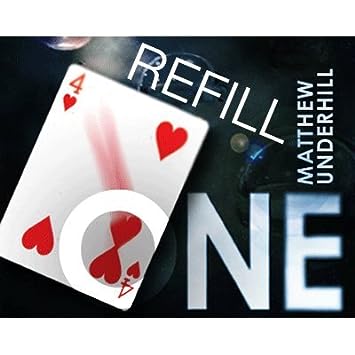 The effect is inspired (as Underhill states) by Doc Eason’s Anniversary Waltz. The effect is different, but the affect is very similar. A Four of Hearts is “selected” and shown to the spectator. Front and back are signed. Then the magician visually slides one of the heart pips from one corner to another. The card can then be immediately handed out and kept by the spectator as a souvenir. Not too shabby as card effects go.