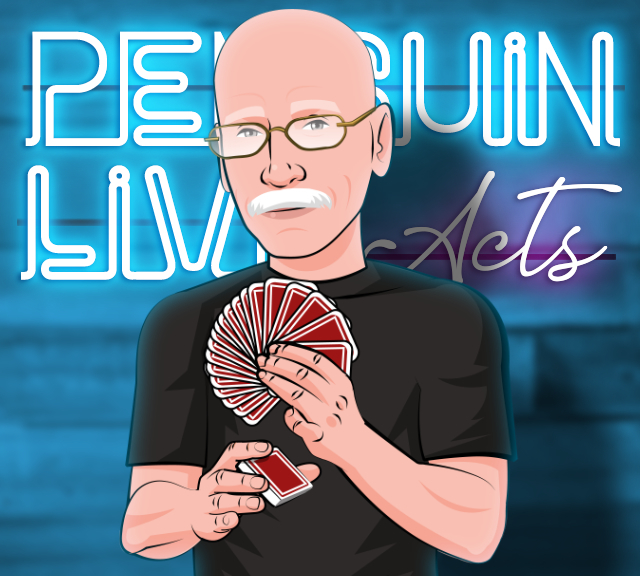 “For decades, Michael has been the go-to source for work-a-day magicians.” — Outside Magazine

“One of the most influential magicians of the 20th century.” — Magic Magazine

Coin in Bottle: Ammar’s handling of the classic coin in bottle effect.

Vanishes: Michael vanishes several items to set up the finale of the act.

Crazy Mans Handcuffs: A stand up handling of a classic rubber band effect.

Feats of Magic: A 3 phase card routine for stand up.

Add a Number: Using a simple post it notepad, numbers added together from the audeince match Michaels prediction

Cups and Balls: Ammar’s stand up presentation for this classic effect.

Bill in Lemon: After the final.

The Shark by Christopher Ballinger