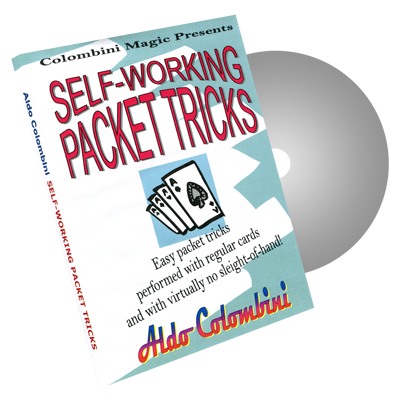 Easy packet tricks performed with regular cards and with virtually no sleight-of-hand.

MERELY THOUGHT-OF CARD MIRACLE (Paul Gordon) : A card is mixed in a packet of eight cards, yet you reveal it!

WEDLUCK (Peter Duffie) : Cupid (a Jack) couples the Queens and the Kings!

CHANGE IN MIND (Howard Adams) : A great routine using cards torn in half and three coins!

MIND-TWO (Aldo Colombini) : A five-card routine in which you reveal two free selections. You can do this with jumbo cards!

SURPRISE SPELL (<Ian Adair) : A surprising spell with the revelation of the four Aces!

SUIT YOURSELF (Nick Trost) : The spectator mixes the cards, yet he matches them suit by suit!