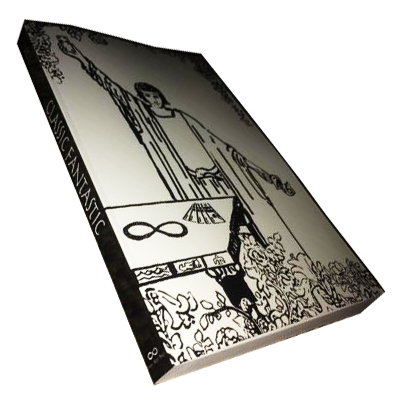 From the foreword:
I first met Paul Vigil at my Las Vegas home thirteen years ago, and we soon became fast friends and magical confidants. During our first session I realized that he was a far more skillful and inventive magician than I initially had imagined him to be. Over the years we have spent many nights discussing magic and developing sleights, methods, moves, subtleties and effects. Paul is an adroit practitioner of our art, and his magic, if carefully studied, will provide you, the reader, with material that could make you a stellar performer, too.

This booklet contains a collection of four classic effects from the repertoire of a professional working magician – magic that’s audience tested and carefully explained in complete detail, including plot lines and structure.

“The Multiple Selection” has been a feature effect of a great many performers, but unlike most routines (which rely on a series of rather quick, slick flourishes for the revelations) Paul’s opening entry is a very magical handling that comprises eight startling effects. In addition, following the informative text, Paul explains how to cut the routine down to accommodate smaller groups of participants.

Price This Book : 200$  But free for member Uploadgig Here