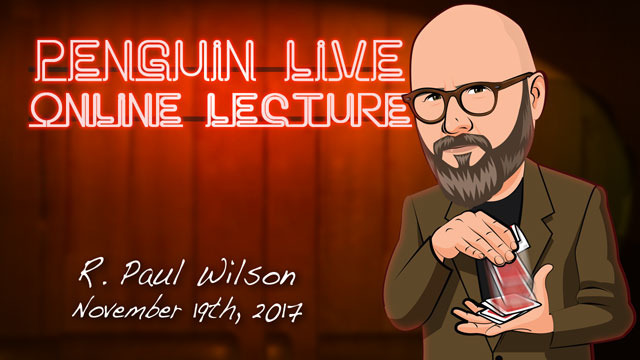 R. Paul Wilson is a world renowned expert on cheating. He is also an award winning conjuror and magic inventor.

He has been studying sleight of hand, cheating and conjuring since he was eight years old. After twelve years as a computer systems consultant, he became a professional performer and lecturer before moving into the film and television industry.

Since May 2000 Paul has worked as an actor, presenter, writer, producer and director. He has created, developed and produced television shows for NBC, CBS, A&E, BBC, CANALE 5, RAI 2, Court TV and Tru TV.

He has advised casinos on cheating and, thanks to his unique talents and expertise, has been keynote speaker for major corporations and institutions around the world including Mastercard and Cambridge University.