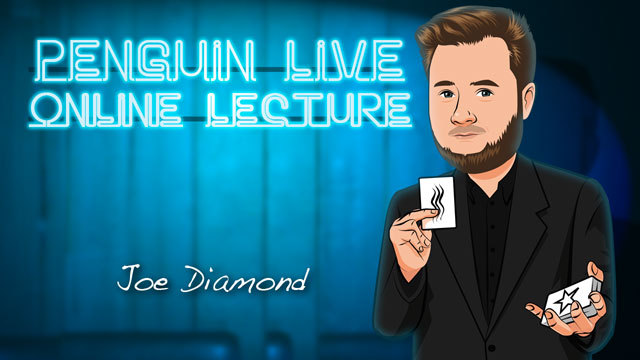 Joe Diamond has grown up in the Chicago Magic Scene. For ten years, he was part of “The Magic Cabaret” with David Parr. It became Chicago’s longest running weekly magic show, and was selected by the Travel Channel as “One of the BEST Magic Shows in America!”
He got his start at age 17 as a Street Magician at Six Flags Great America, a theme park just North of Chicago. That same year, he was featured on Jay Sankey’s DVD “Underground Jam” and has been a collaborator for many SankeyMagic products!
In 2010, he broke the WORLD RECORD HOLDER for solving the world’s largest corn maze, BLINDFOLDED. And yes, he’s also done many blindfold drives since then!
For three years, he hosted “UnReal Radio” a weekly Sunday night radio program where he interviewed not only ghost hunters and UFO experts, but some of the top mystery performers in our industry. Performers like Joshua Jay, Todd Robbins, Sal Piacente, Paul Draper, Christopher Carter, Richard Webster, Jack Kent Tillar, and even Eugene Burger for his final public interview before his passing.