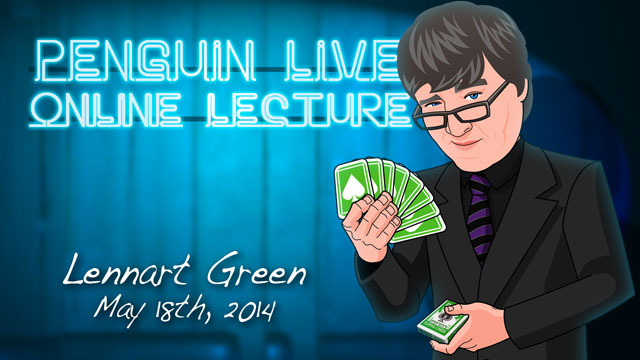 Lennart Green is one of the most innovative magicians ever. His approach to magic with cards is so unique and surprising that when other magicians first witnessed his performances, they could not even begin to fathom what techniques were at play. In fact, many knowledgeable experts were so baffled, they couldn’t believe that Lennart was using a normal deck of cards!

By now, you’ve probably heard the story of his erroneous disqualification from the 1988 FISM Card Magic competition, but it bears repetition. Some of the judges thought his effects were so impossible they could only have been accomplished with gimmicked cards or the use of stooges! So, the next time the competition was held, in 1991, Lennart allowed only the judges to handle and shuffle the cards, AND he gave them the deck at the end of the performance. Of course it was a normal deck of cards, so he won First Prize, and a living legend was born!