Peter Turner – A Symphony Of Silence 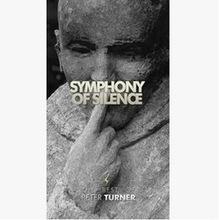 The mentalist stands before a subject telling the person to just relax and breathe…the subject’s eyes flutter and apparently goes into a trance in mere seconds.

After making claims that it is possible to send an image, word, or number telepathically, the performer sets out to demonstrate this feat.

A female and a male subject are brought on the stage. The woman is asked to think of a card and psychically send it to the male. The male is then given a deck and thumbs off cards until he gets a feeling that he is on the females card. She then says the name of her card out loud. The male turns over his card to find that it matches the card she was thinking of.

In this effect a judge is asked to inspect and envelope and ensure that it is opaque and no slits, marks, or gaffs exist on it. The judge affirms this and then signs the envelope. A spectator is asked on stage and given a white board and marker. The spectator is told that inside the envelope is a picture and that they are to make a drawing of what they think the picture is. After doing this they show drawing they made on the white board and the performer opens the envelope revealing a picture that matches drawing.