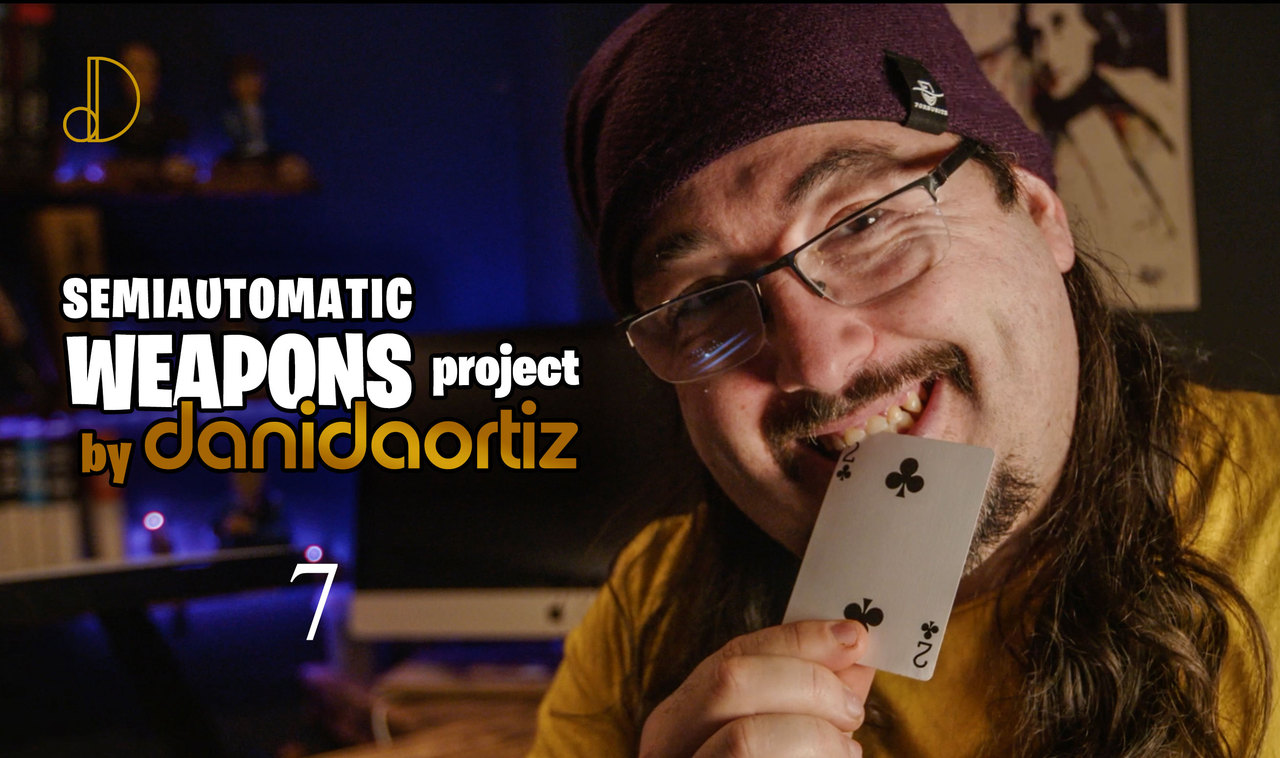 The Random Selection and Destiny

Dani DaOrtiz shares with you an astonishing prediction effect that doubles as a revelation of a four-of-a-kind. This trick is absolutely nuts. The deck is divided amongst many members of the audience and thoroughly shuffled. The deck is reassembled, and the performer openly places a few cards face down on the table as a prediction. A spectator is given the deck and asked to think of a number between ten and twenty. They count out the number of cards they are thinking of and place them on the table. The top card is turned over, and a number of cards equal to the value of the card turned over is dealt onto the pile on the table. Any random number is also thought of by the spectator, and that number is counted off the deck and added to the tabled packet. The predictions are turned over and discovered to be three cards with identical values. The last card placed on the packet by the spectator is turned over, and impossibly, that card matches, making a complete four-of-a-kind. Dani is joined by some of his closest friends and students for a session on the incredible principles at play in this Semi-Automatic Miracle.

This lesson, just over 30 minutes in length, will introduce you to new concepts in performance style, routining, and a fascinating way of counting cards that gives the performer access to any card anywhere in the deck. Key takeaways for the student include:

Breaking Numbers
What looks like a very fair way of counting cards from off the top of the deck is actually an incredibly deceptive way to force a particular number on your audience. This very open technique feels like your audience has total control. The reality is that this technique gives you access to any position in the deck, no matter the number your audience names.

1-2X-3
This new way of thinking about your actions in the process of an effect will change the way you perform your magic. 1-2X-3 is the rhythm with which Dani executes some of his beautifully chaotic effects. Breaking down this concept will help the student to understand how Dani blends language, actions, and the steps of the effect to make the audience believe they are in charge. This is a road map for audience management.

The Serial
By adding a known sequence of cards to the concept of Breaking Number and 1-2X-3, you can precisely force a card deep inside the deck. This is the type of magic that has earned Dani a reputation for miracles around the world. The Serial is the culmination of all of Dani’s devious exploits put together into one gorgeous Semi-Automatic Weapon with a deck of cards.