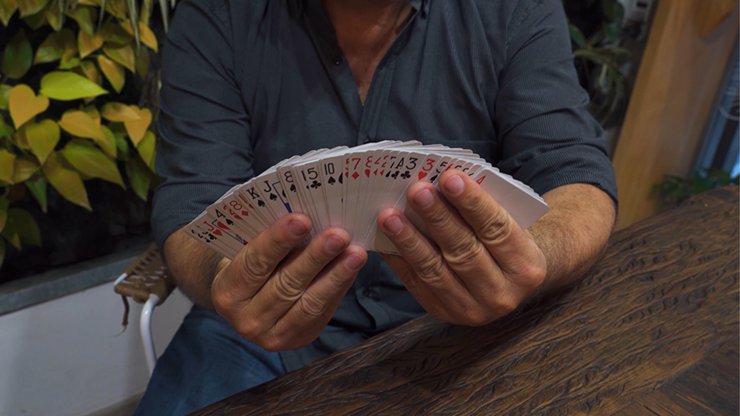 "The Ink on The Deck": imagine that a spectator freely chooses two cards from a deck, (for example the ace of hearts and the Six of Clubs) now the magician takes on his fingers some "invisible" ink from a marker and when passing his fingers over the edge of the deck of cards, the name of one of the chosen cards magically appears written, the "Ace of Hearts"!.

"The Ink on The Deck" is very easy to do and is useful for magicians who perform close up performances because it is a super original, visual magic effect and it resets in five seconds.