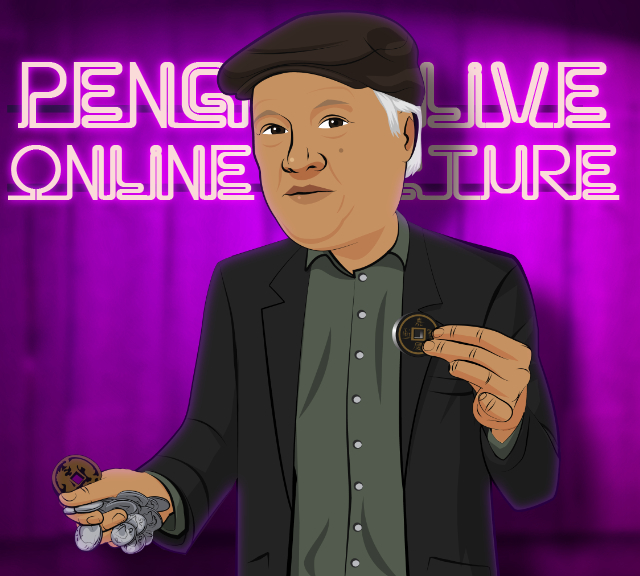 "As always, Curtis brings a devastating clarity to coin magic, providing visual moments of impossibility that are sometimes dizzying to behold. Fearless in his sleight of hand, Curtis also has the key quality that many technicians lack: an intelligent personality that is driven to entertain his audiences. Perhaps most importantly for those who are just starting to study Curtis's material, he is a "big picture" performer: he carefully choreographs the individual moments that make up a larger routine, he recognizes the subtleties that make such moments work, and he deploys years of psychological and philosophical ruminating that allows all of the pieces to work together as a whole and create truly amazing magic."  -Kainoa Harbottle

"Curtis is my hero in coin magic. I got inspired by him a lot. He showed me his coin box routine few years ago, it changed my mind about coin box. If you want to become a "Boxer", this is the routine you can’t miss." -Max Li

"Curtis Kam is a rare combination of exceptionally creative magic and world-class technical skills. Consider me a big fan of his work!" -Andi Gladwin

"Curtis Kam possesses more knowledge of the art of magic, and its execution, in his little pinky than I do in my entire being. That's a simple fact." -Jack Carpenter

"Curtis Kam is EXACTLY what magic needs right now. He thoroughly knows everything that came before him; he's intimately familiar with everything happening now; and he has the experience, knowledge, talent, and insight to help us carry forward into the future. He's done it all: stage, platform, table-side, walk-around, mentalism, sleight-of-hand, and everything in between. This is all aside from his powerful and numerous contributions to the field of coin magic. Curtis is the real thing -- an allaround skillful magician, always delivering miracles as easily as a knowing smile." -Lance Pierce

"Curtis Kam is a man among men and a wizard among mere conjurers. His knowledge is all encompassing and you will leave this lecture better but still inadequate in comparison." -Farrell Dillon

"Curtis Kam... When I have a question about any kind of magic, or an idea I think might be good, he's the guy I call for answers and opinions. Regarding his lectures: if he has something to say, you should listen. Also, it's fun to watch him do tricks, if you like that sort of thing." -Bill Duncan

STRANGER THINGS: Being a demonstration, in the form of a show and a lecture, of unseen, rarely seen, and never before seen coin magic. Exclusively new ideas about what magic with coins can look like, and even what it feels like when you can't see it at all.

The Big Silver Ball- Opening production of three silver dollars by carving them off a big metal ball with a switchblade.

RingWraiths- Easing the audience into the idea that some magic is weirder than others, we start with a simple three coins across, but done in a way that you’ve never seen, in, through, out of, and along with a magic ring.

CoinRoll- It's all downhill from here. The previous effect is repeated, but the audiences sees what's going on in our imaginations. Specifically, the coins become little silver spheres that roll across the table.

Not Unusual- The strangest take on the traditional Han Ping Chien coins across that anyone has ever seen.

The Impossible is Now- A coin, a ring, a dollar bill, and a trick in which the audience is told when the magic is happening, but they don't believe it until it's not happening anymore.

The Lawyer's Tale- A coin, which may not have existed, vanishes into a simple math problem at the center of a story of death, greed, and a lawyer who saves the day.

Coinspiracy Nuts- A heretofore unpopular and unusual instant coins across is made useable by the current political climate. Really.

Conservation- A quick silent bit concerning the conservation of momentum, sort of.

Unvisible- Recent coin releases have been touted as "visual", "extremely visual" and even "the most extremely visual". Suppose we try something else? What if the magic could not be seen, and only the evidence of it existed? You’d get this, a translation of Brother John Hamman's Magic Cards to coins.

Kekoassembly- This one is the most experimental. Where most barehanded coin assemblies rely on the illusion that you never touch the coins, suppose you did? Created by the Disclaimer crew from a longer routine by Kekoa that will appear in the magazine.

Science Project- Eddie Joseph's Shattering Silver Balls presented with a new method, and a celebration of the magician as a young nerd.

Six Cylinder- The effect Curtis Kam uses to fool magicians, routined to enchant general audiences. Six coins vanish from your hands and appear under a solid brass nut, the last one nearly visually. Then the process is reversed, with the nut gradually becoming more and more coins, and then the best part, the packing up. This is the first time Curtis has ever taught this routine on camera. If you know, you know, and you know you want this.