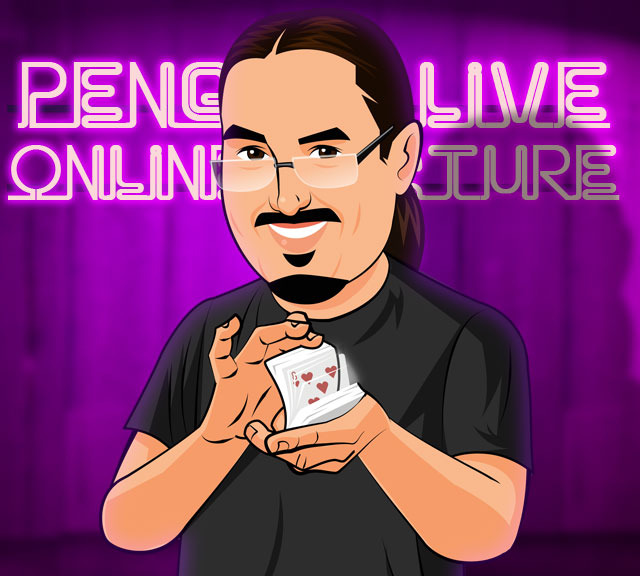 As you know, Dani DaOrtiz is one of the best, and most original, card magicians in the world. Combining subtle techniques and silly humor, his unconventional style seems improvised, but in this (his third) Penguin Live lecture, he reveals just how calculated it really is.

He begins by borrowing two decks and having someone take any card out of one of them. Another person in the audience names any number they like. Is it possible that THAT card is at THAT number in the other deck? As you’ll soon discover, with Dani DaOrtiz… anything is possible!

Next, as he cuts cards to the table, four people say, “Stop,” at any time to make four random piles, leaving him exactly ten cards. Which doesn’t seem too significant… until he reveals that each person stopped him precisely on the four tens from the deck.

Also, a spectator thinks of any suit, changing his mind a few times. Everyone else grabs cards from the deck. Without looking at their faces, Dani finds ones that match the thought-of suit. The only thing that would be more impressive is if all the random cards matched the thought-of suit… and they do.

Then, he finds two named cards from a shuffled deck placed into his pocket. It’s his extra-deceptive take on a classic card problem, and you’ll love it.

And finally, multiple people shuffle while one of them peeks at a card. Everything is collected and the spectators take turns deciding which cards to eliminate until only one remains. And it sounds impossible, because it should be, but the last card is the very one secretly peeked at earlier.

In addition to the impressive tricks, Dani also shares the basis of all his psychological forces, which rules in magic to break and why, and so much more.