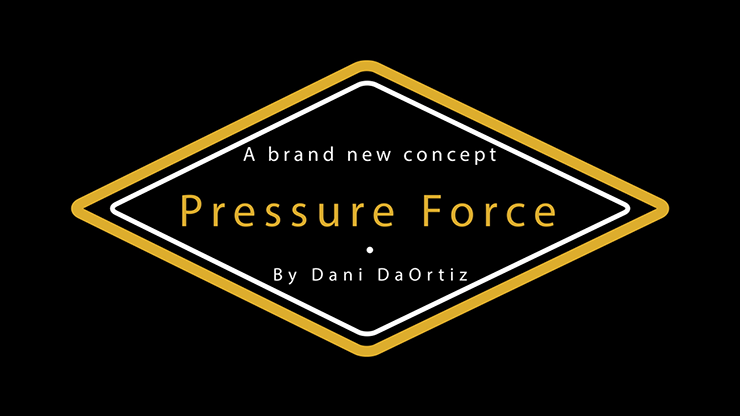 This will fool you even afte’r you know the secret!

For the first time ever, Master Magician Dani DaOrtiz shares one of his most revolutionary methods for forcing a card. With Pressure Force, you don’t just control the cards…you control the entire audience.

Four playing cards are selected at random by a member of the audience. Another spectator then deals a random amount of cards, stopping whenever they’d like. You then impossibly reveal that the first four cards are not only a four of a kind, but their value perfectly matches the number of cards that were dealt to the table.

Pressure Force is a masterclass in spectator management. The psychology behind it is just as valuable for a card magician as the move and effect itself.