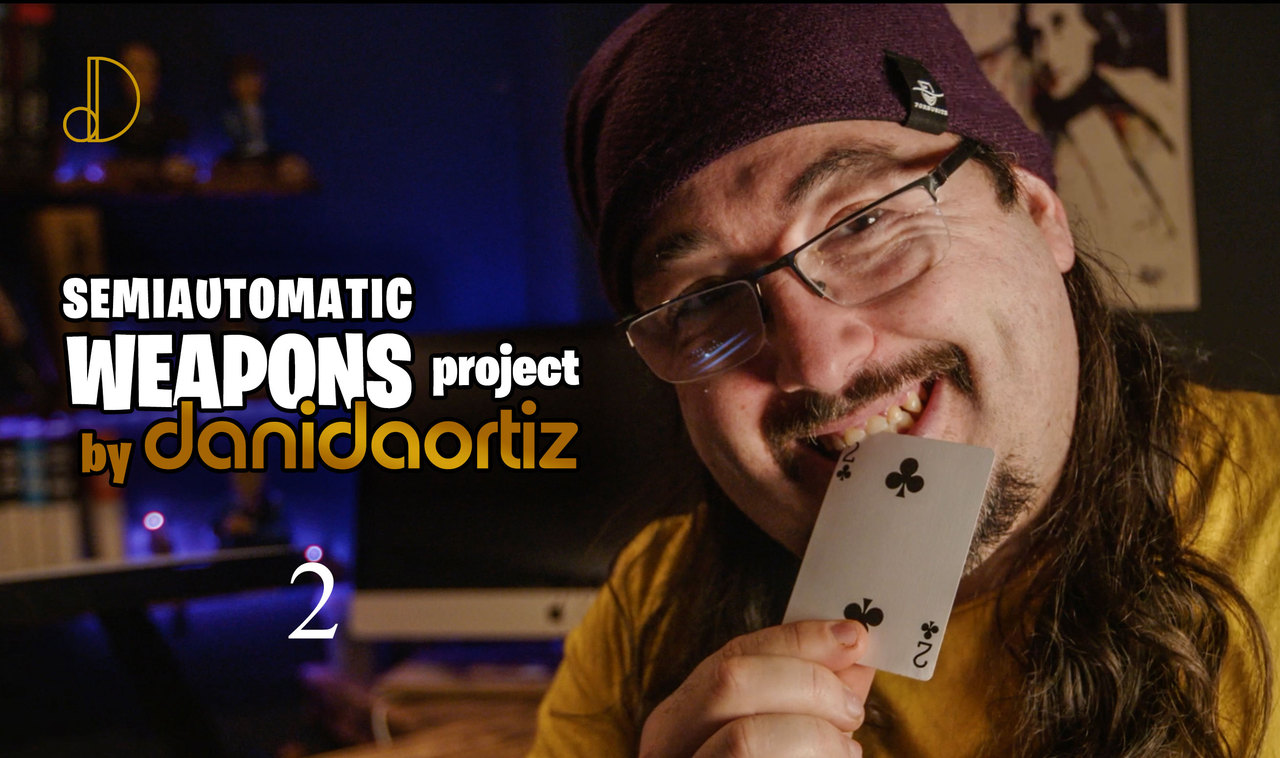 In the second lesson of The Semi-Automatic Weapons project Dani shares with you a powerful secret that gives you control of the cards in a spectator’s hands. In this incredible trick a spectator looks at a card in a deck of cards, and then that card is thoroughly lost in the deck. A second spectator grabs some dice and gives them a couple of rolls to establish that they are not trick dice. Once the dice are rolled the numbers are added up and the total of the dice is counted down in the pack. The thought of card is impossibly discovered at that number. This chapter is more than a card at number, because the principles you will learn can be applied to a wide variety of effects. Dani is joined in this lesson by some of his closest friends and students for a true masterclass in Semi-Automatic Card Magic.

This lesson, an hour in length, includes an amazing trick that gives the magician the ability to place a selected card at a specific point with almost no sleight of hand. Key takeaways for the student include:

The Forgotten Number
Dani uses the dice to create a card at number effect. However, the principle of The Forgotten Number can be used for far more effects than Card at Number. It can be used for The Ambitious Card, as a control, and even for spelling revelations. Dani uses this principle to have the spectator place the card exactly where he wants it to achieve some of the strongest magic possible without sleight of hand.

Maximum Impact
It is an often repeated principle that putting the magic in the spectator’s hands can create the most powerful effect. While this is true, it is understanding when the magician must control the flow of the performance to give you maximum effect on your audience. Dani discusses the back and forth game of putting the power in your spectator’s hands and taking back control of the performance that is a signature feature of his style of magic.

Lesson Two of The Semi-Automatic Weapons Project continues this comprehensive course in Dani’s thoughts with a powerful effect and the mind-expanding principles behind it. In addition to Danil’s incredible insights into The Forgotten Number and Naturality, you’ll become privy to the secrets that make the magic of Dani DaOrtiz so disarmingly devastating. Dani builds on The Sequence learned in chapter one to create true miracles. It’s time to go to school with Dani DaOrtiz in the second lesson of The Semi-Automatic Weapons Project.