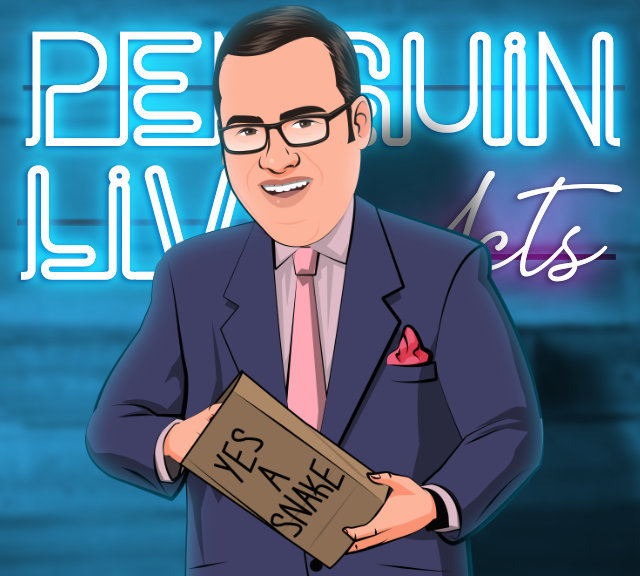 Underpants Opener—a new use for an old prop that establishes your character and teaches the audience what to expect and how to behave for your show by seemingly putting the children in the drivers’ seat.

Not-A-Snake—a hilarious sucker trick the children will bite hard on that has adults at the edges of their seats to see how you’ll inevitably flip the script and fool everybody.

Bank Night—inspired by Stephen Bargatze’s excellent I Hate Kids routine (and with Stephen’s endorsement), this one-in-a-hundred bank night makes the whole audience think you’ve merely set them up for a joke… until the super strong kicker. Uses a simple method every magician already knows how to do.

Grandpa Was A Kleptomaniac—a hysterical Mutilated Parasol routine in which every element is motivated.

Rocket Book—a literal twist on a familiar principle—however the book is turned, the pictures remain right-side up. Also incorporates a single Topsy Turvy Bottle for a kicker ending that gets audiences screaming.

Spirit Slates/Rising Wand—a classic of spiritualism gets a hilarious makeover, thanks to a well-motivated magic wand.

Crayon Trick—a closer in which the magician seems to teach the audience a magic secret, until an impossible twist that’s been in plain sight since the beginning of the show.