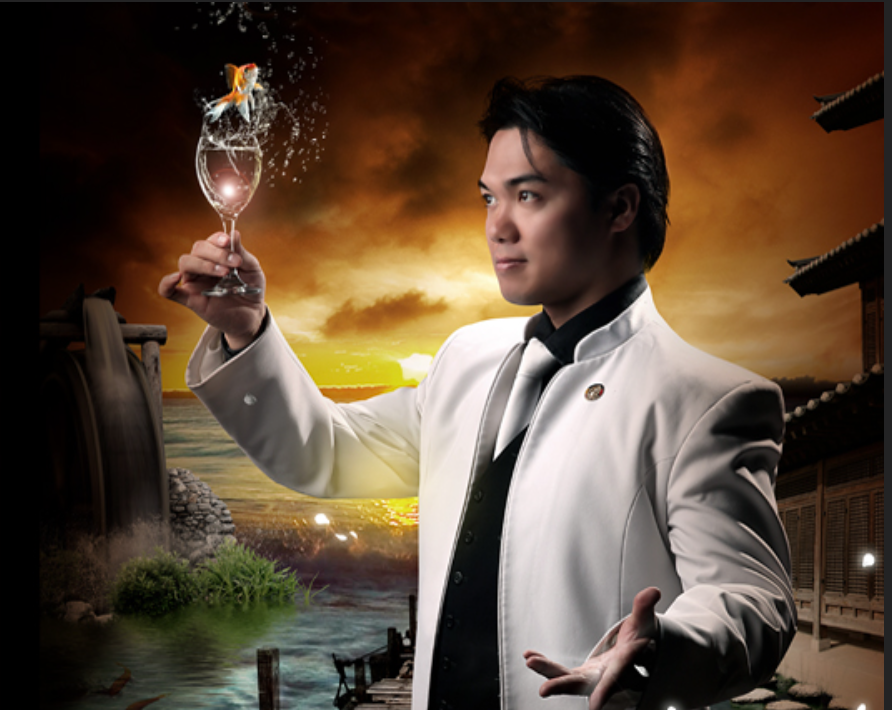 Easy Coin Production Routine: The magician spins one coin on the table when suddenly two appear.  Then the magician rubs the two coins together to produce three when instantly another coin appears for an easy four coin production.

Toss Vanish Pro Teaching: Shoot teaches his absolute favorite coin vanish.  Imagine tossing a coin from one hand into the other hand whereupon it has vanished into thin air.  Shoot doesn’t just teach you how to accomplish this move but he spends time teaching the nuances behind the move.  This one teaching is worth the price of the entire product.

Hanky Coin Switch:  The magician takes a silver half dollar and places the coin under a hanky and when he snaps his fingers he uncovers the coin to reveal that it has turned into a Chinese half dollar.  Very clean effect and very visual.

Comeback Rubber band: This is the craziest rubber band effect you will ever see.  Imagine taking a rubber band and wrapping it around your fingers so that you can shoot it off of your hand toward the floor.  When the rubber band hits the floor it will spin backward to land on your feet.

Comeback Coin: The magician places a coin in one hand and then reaches into his coat pocket to retrieve a pen or pencil as a magic wand.  The coin is then shown to have vanished from both hands.  Once again the magician taps the back of his hand to show the coin has appeared.  This is very easy to perform and extremely visual.

Laws of Attraction: This is one of Shoot’s strangest of all magic effects.  Imagine taking a coin in one hand and touching it to another coin and nothing happens.  But then the magician makes a magical gesture and the coins are now magnetic.  This repeats off and on as much as often as the magician desires.  No magnets are used and once the technique is learned you can apply this to a variety of non-magnetized objects.  This will get a ton of people watching you at a restaurant if you play around with plastic objects.

Double Lift:  This is the primary technique used in card magic to perform hundreds of card effects.  Shoot teaches the nuances behind this technique.  On Volume One Shoot teaches a mini-workshop on the double lift in the bonus section.

Shoot’s Chicago Opener:  Shoot took a classical card effect and made it easier to perform which gets great reactions.  You will perform this routine for the rest of your life because of the reactions you receive from your audience.

Shoot’s Triumph: Shoot has taken another classic of magic and changed the routine up a bit to make it easier for everyone to perform.  Very fun effect to perform.  Shoot also gives a pro-tip on which spectator to choose if there are several spectators in the audience.

Magician Pro Tip:  Shoot teaches a great tip on how to display a card to enhance the card effect.

Crayon Illusions: Shoot has fun by teaching you how to shrink a crayon and then how to pull that crayon out of your nose.

Framing Lecture:  This one lecture is worth the price of all four volumes.  Shoot teaches the importance of framing your magic for your audience.  Acquiring and applying this magic knowledge will increase the emotional impact your magic will have on your audience.  This is pro-level information and all of your magic will take a quantum leap after you understand how to frame your magic.

Dice Prediction: A fun way to predict some hidden numbers from rolled dice.

Shoot gives a mini-workshop on the classic palm of a coin.  Great teaching!

Shoot teaches a session on the differences between vanishing a coin and producing a coin.

Shoot teaches the nuances behind the pickup move when performing the Matrix which he teaches in detail in Volume 4.