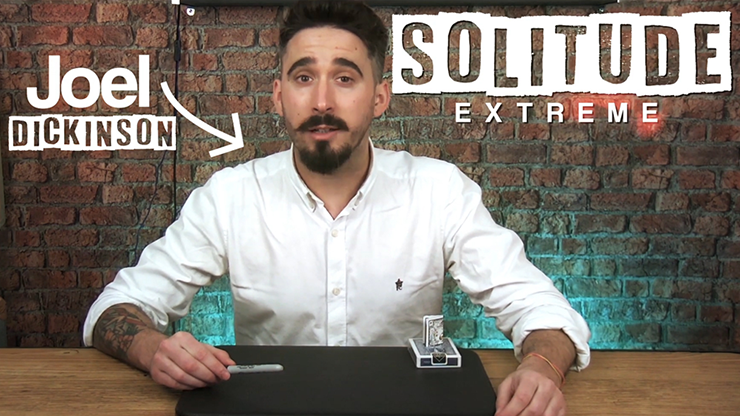 A few years back Joel Dickinson released an effect called Solitude. A brilliant new take on the card to impossible location plot. Since that time there have been other versions hitting the market but none match the ingenuity of Solitude Extreme!

Our good friend Alec Mitchell has taken Solitude to a whole new level making it more deceptive than ever before.

Imagine having your spectator select and sign any playing card (no force) the card is lost in the deck. You draw your spectator’s attention to a folded card which has been sitting neatly on the box from the very start of your show.

You pick up the card and hand it to your spectator to open. Now watch as their jaws drop when they realize its none other than their signed card!