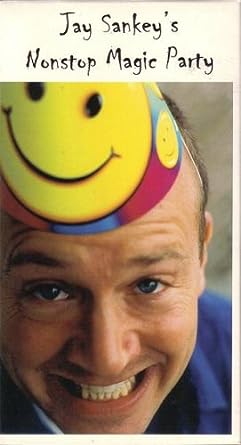 END_OF_DOCUMENT_TOKEN_TO_BE_REPLACED

22 Blows to the Head by Jay Sankey

Each effect is guaranteed to convince your audience that you do indeed possess “psychic powers,” and many of the handlings are so INGENIOUSLY SIMPLE they are virtually self-working!

END_OF_DOCUMENT_TOKEN_TO_BE_REPLACED 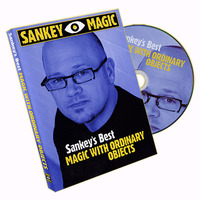 No cards, no coins, no strange props. Just astonishing magic and mentalism with stuff you would find around the house!

This is a self-contained DVD with all the sleights taught in complete detail! And many of the ‘mind over muscles’ effects require only basic sleight-of-hand!

2.TYING THE KNOT/ A borrowed finger ring and dollar bill penetrate each other, not once but TWICE! The visuals will knock you out!

3.DIRECTOR’S CUT/ A self-working mentalist’s wet dream! This easily plays for an audience of 25 people!

5.STIRRING SILVER/ One of Jay’s best known effects. A completely impromptu miracle with a borrowed spoon and finger ring!

7.CIRCUMFERENCE/ A round piece of paper transforms into a ping pong ball. And then a moment later BACK into an ordinary piece of paper!

9.SEEING RED/ A paddle effect with an ordinary lighter and a kickass ending!

11.DUET/ A ‘sound’ transposition between two jingle bells. (Ho! Ho! How the hell?)

12.BENDER/ If you’ve ever wanted to be able to do a completely UNDETECTABLE spoon bend – this is it!!

13.AMPHIBEAN/ If you work restaurants you NEED this handling! A marked coin appears inside an unopened creamer container!

14.SENSATIONS/ A 2-key transpo that almost works by itself!

15.MISMADE MONOPOLY/ ‘Back in the day’ Jay performed this as part of his kid show. Now it’s a ‘standard’ in his adult walk around work!

16.CORKER/ Thanks to the Gallo Pitch, Jay restores two pieces of a broken wine cork!

17.HEAT OF THE MOMENT/ A lovely piece of impromptu magic with a rubber band and a pen. Perfect for school or work!

18.GOLDEN TREASURE/ A marked coin appears inside an egg (and it really is INSIDE the egg!!!!)

19.PAPER TRADE/ Uber-economical transposition with a piece of notepaper! You are going to love the INSTANT RESET!

20.IN VITRO/ The impression from a borrowed key travels from one piece of Silly Putty to another! Very strange and VERY magical!

END_OF_DOCUMENT_TOKEN_TO_BE_REPLACED

YOUR MISION: become a much better magician today.

Get ready for an incredible in-your-face 55-minutes of Jay Sankey on DVD totally without dialogue!

45 doesn’t require that you know the English language, or any other language for that matter.

This is about the magic.

Features extreme close-ups and slow-motion sequences filmed from the performer’s perspective to maximize your learning.

END_OF_DOCUMENT_TOKEN_TO_BE_REPLACED 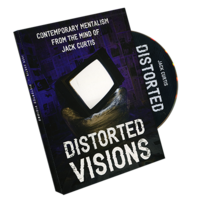 AMNESIC TRANSPO
The mentalist’s answer to the two card transposition using business cards and a pen. A baffling demonstration of confusion and mild amnesia.

FLORAL DESTINY
A philosophical exploration of free will and determinism using flowers and playing cards.

EXTRA SUBLIMINAL PERSUASION (Video demo embedded above)
After learning about the psychic experiments of Dr. Rhine, your participant is left surprised to find that stuck to the back of all five ESP cards are stickers which correctly predict the outcome of their actions.

LAW OF ATTRACTION
Using nothing more than a stack of business cards and a pen, you are not only able to correctly identify the name of the family member your participant is thinking of, but also present an incredible demonstration of “Synchronicity”.

SILVER LINING
The mentalist uses two coins to challenge a spectator to a battle of the minds. After an apparently disappointing ending, the mentalist bounces back with a surprise jaw-dropping finalé.

BONUS
A thought-provoking essay about close-up approach techniques, an essay on the topic of predictions, a very funny blooper reel and a short video discussion that will dramatically change the way you think about playing cards.

END_OF_DOCUMENT_TOKEN_TO_BE_REPLACED

The secrets contained within this gaff system do not lay within the cards themselves, but rather in the devious constructs and notions which bring the cards to life.

Only when these methods of deception are learned will you truly understand the power you’ll hold within the palm of your hand.

Designed over a lifetime in magic, Lloyd Barnes brings you a treatise in visual card magic.

This gaff deck combines principles of science, optical illusion, engineering and sleight of hand that will introduce you to a treasure trove of visual magic.

Each card in this set has been hand designed, tested, worked and refined to ensure that when you crack the deck open and begin learning the secrets, you’ll be ready to blur the lines between reality and science fiction right in front of your audience’s eyes.

This is my life’s work on visual, gaff card magic. Be careful to not share the secrets within and treat the cards with respect. In return, they will give back to you more than you could ever imagine.”
– Lloyd Barnes

Stuffed tighter than a 12inch meat-feast Pizza in a 9inch box, these routines, tricks, and effects will open up creative doors that until now, have remained locked.

Blending Lloyd’s signature hyper-visual style with this unique gaff system will change the way you do card magic. Opening a new world of practical yet fooling card miracles all contained inside one deck.

With over FIVE hours of explanations, Lloyd will take you through 23 uniquely different routines. Ensuring you know how to wield this system to its fullest potential. Giving you tuition, tips, and advice on how to take your visual card magic from “good” to “elite” status.

These tricks are so visual, during practice, you’ll be fooled by your own reflection.

This system has something for everyone beginners, pros, intermediates, workers, social media magicians, and creators… with a few extra gaff cards that will get your juices flowing and your brain thinking.

Loaded with secrets never shared before, in Lloyd’s most ambitious projects ever.