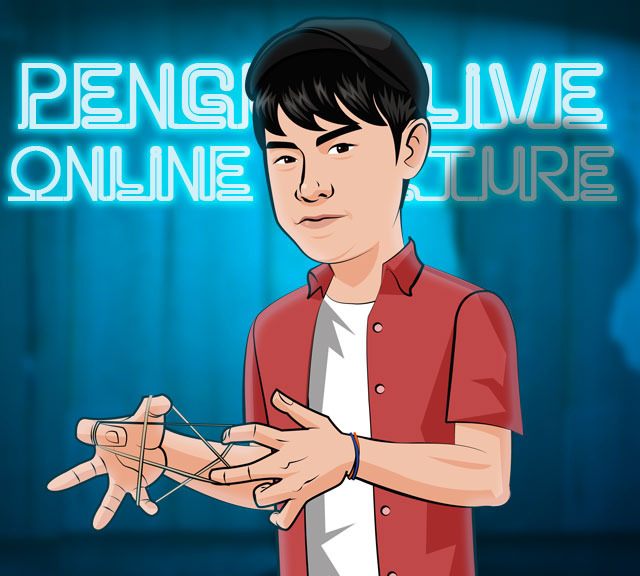 “Hanson is very creative. He is one of the best rubber band creators and he has made major advancement to this type of magic. “ – Joe Rindfleisch

“Hanson is one of the greatest minds in magic, he not only fools me consistently but offers a gift of true astonishment.” – Nicholas Lawrence

“Hanson is the new Asian genius from Taiwan. With fresh new ideas, Hanson presents modern magic in his own stylish way.” – Lukas

“I think Hanson is one of the most creative magicians. He showed a lot of his new creations to me and most of them fooled me badly.” – Ponta the Smith


What will he teach?

YA Escape A rubber band is wrapped around the middle finger twice, and then escapes from the finger immediately.

Ultimate Jump A rubber band is wrapped around the first and second fingers and impossibly jumps to the third and fourth fingers while spectators hold onto the tips of the fingers.

Touch  A rubber band jumps from your hand to the spectator’s hand in the blink of an eye.

Frozen Band A rubber band is held with the thumb and index finger, and even without the thumb it keeps the round shape as if it’s frozen in mid-air.

Hanson’s Linking bands Two rubber bands are linked with some rubs, and one band visually melts through the other while one of the bands is wrapped around the spectator’s wrist.

Breaking Point A rubber band is accidentally broken. Magician ties a knot at the ends, and makes it restored to its initial state.

Don’t Throw Garbage A plastic bottle is crashed and then returns to its original stat.

Solid 2 Solid The purest cap in bottle effect. Take the cap off a bottle, and the cap is hit on the bottom of the bottle. Instantly the cap is inside the bottle. Straight forward and highly visual. The bottle can even be handed to the audience right after the effect.