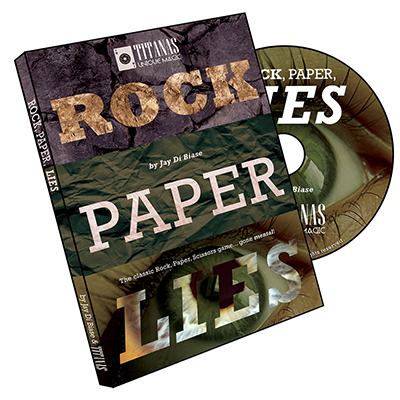 The mentalist turns around while two spectators are playing rock, paper, scissors (or even an imaginary game), NO WAY he could know who won and what symbols were played, and yet using their body language he can reveal everything! Rock, Paper, Lies is a rock, paper, scissors game where you will not only be able to guess who is the winner, but also which symbol they played with and who is lying and who is telling the truth. Jay Di Biase gave a new life to a well known method creating a mind blowing, propless mentalism routine.