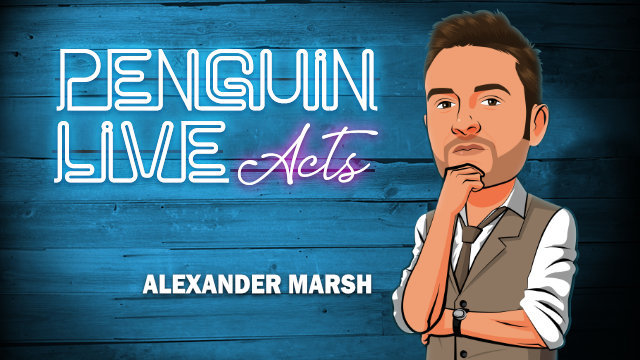 “Alex McAleer is one of my favourite mentalists. He knows more about presenting entertaining mentalism for real world audiences than almost anyone else I know.” – Ian Rowland

“It’s hard to find your own voice in mentalism without sounding like you’re trying to copy Derren Brown but you succeeded splendidly.” – Martin S Taylor (the Hypnotist who inspired Derren Brown)

Why You Should Never Play Cards with a Mentalist- Who says Mentalism with playing cards has to be boring?
The theme is all in the title ‘Why You Should Never Play Cards with A Mentalist’ as it demonstrates almost every trick in the mentalists arsenal (everything expect PK). I have been performing the act for 4 years, it is still a feature of my one-man show and a short version featured in my act in ‘Champions of Magic’ for several years. I created it because I was sick of other mentalists saying Mentalism with playing cards is boring so I tried to create the strongest and most direct mind reading act using nothing but playing cards!
Alexander Marsh takes his audience on a journey through almost every type of Mentalism effect and leaves them convinced that they really should never play card with a mentalist. As well as how each effect is achieved, Alexander will also discuss how and why he has structured the act how he has, and how this structure can be used to routine any effect, routine or full show.