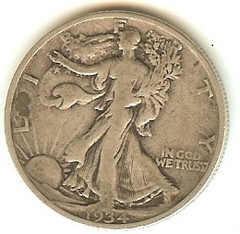 “That was BAD A$$…..do it again!”
– Sean Bugonia, Pro Magician and President of Ultimate Magic

What is Four Coins For Jimmy you ask?
For many years there was a move used in the ”underground” of coin magic. People would be fooled by it and wonder ”what the heck was that???”.

Rumors traveled in the inner circles of magic about who created the move. It was often associated with Mike Gallo, Bob Fitch, and even Homer Liwag. Not too long ago through research it was discovered who actually created it. Jimmy Wilson is the creator and it is often referred to as ”J.W. Grip”.

In the mid 1940’s Jimmy Wilson created it and he probably had no idea it would take the coin world by storm.

I have spent a lot of time with the grip and created many unique and unorthodox ways of using it. I’ve figured a way to make it more deceptive and Four Coins For Jimmy will introduce a very cool concept combination that will make you smile……and it looks like the coins just pop out of nowhere as they appear.

Like most of my coin magic this effect is performed at chest level near your face so you can perform for larger groups with greater visibilty.