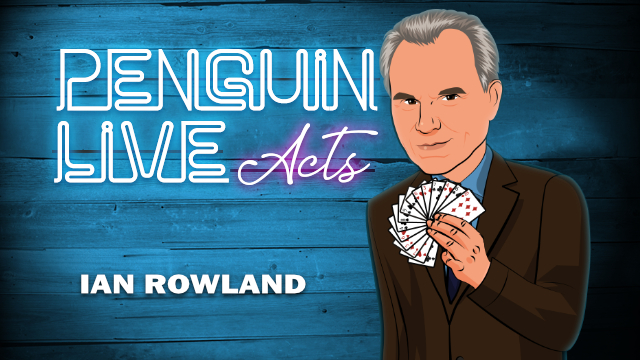 Ian Rowland is a professional writer, speaker, trainer and mentalist based in London, England. In his corporate work, he uses magic and mentalism to add interest to his lectures on subjects such as persuasion and communication skills. His clients to date include the FBI, Coca-Cola, Google, Hewlett-Packard, the British Olympics Team and the Ministry of Defence. He is a member of the Inner Magic Circle.

Ian is the author of ‘The Full Facts Book of Cold Reading’ as well as dozens of booklets and lecture notes. To date, he has published over 200 mentalism tricks and articles. He had his own ‘Loving Mentalism’ column in The Magic Circular for 12 years, and a similar one (different content) in MAGIC magazine for 5 years. He has lectured and performed at many major conventions, including MAGIC Live (5 times), Blackpool (3 times) and Masters of Magic. Ian has performed in about 30 countries around the world and has served as a consultant on TV shows for Uri Geller, Derren Brown, Ben Earl and others.