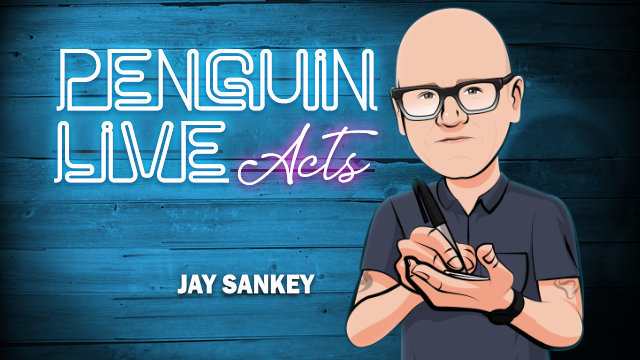 “Jay Sankey has established a strong reputation as one of the top creators of innovative close-up magic.” -Max Maven

“Jay will go down in history as one of the funniest, ground breaking, and most creative magicians of all time.” –Nathan Kranzo

SIMPLY LETHAL: Powerful close-up mentalism that is easy to do.

For more than 30 years, Jay has entertained audiences at private events, trade shows, hotels, banquets and corporate functions all over the world for such clients as Honda, McDonald’s, Toyota, Club Med, Manulife Real Estate, Chrysler, Panasonic, Labatt Breweries, Brand Voice, Cyanamid, Amp of Canada and Coca-Cola.
Jay has also appeared on many television networks including CNN, CBC, CTV, TVO, Bravo, Discovery and Japan’s NHK channel.
As a creative consultant, Jay has worked with many of the world’s most famous magicians including David Blaine, Criss Angel and David Copperfield, as well as consulted on several television series including AMERICAN GODS and IMPOSTERS.