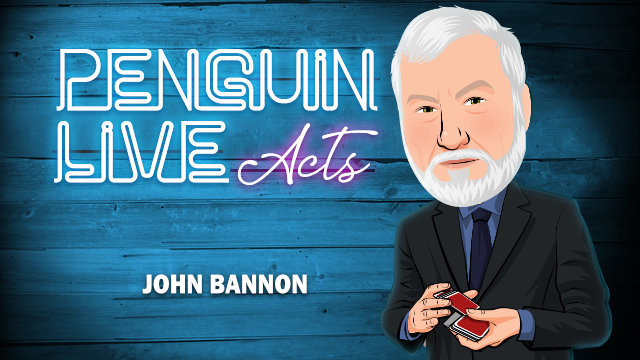 John has been screwing around with playing cards for over forty years. He thinks he knows what he’s talking about. And, he still has a few tricks up his sleeve. While John’s magic has an international presence, his personal appearances are limited. We are very pleased that he was available for this very special lecture.

John’s first major books, Impossibilia (1990) and Smoke & Mirrors (1992), were smash hits. His packet trick, Twisted Sisters (1993), continues to be one of the bestselling tricks of all time. John has lectured throughout the United States, Europe and Japan—achieving a truly international reputation.
His book, Dear Mr. Fantasy (2005) is widely hailed as one of the best magic books of the last decade. Currently, his collections High Caliber (2013), and Destination Zero (2015), quickly sold out. His recent project, Mentalissimo, is getting the same enthusiastic reception.