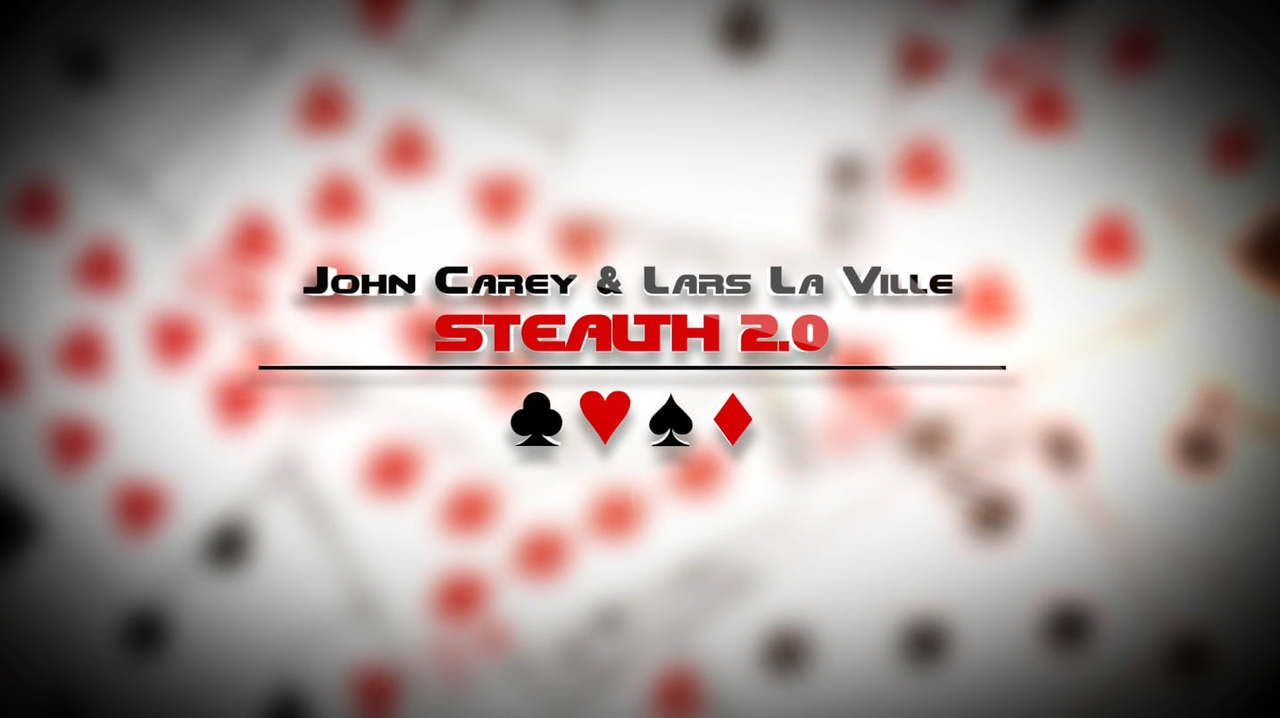 Bonus effects by Lars La Ville
You can go from Dai Vernon Poker Routine into Stealth 2.0 also.
You ask if there were 5 players in a game of poker, in which position the spectator wanna sit.
You now deal the winning hand - a royal straight flush to the spectator.
Now you say you wanna repeat this.But this time you deal a bad hand to the spectator.
Then you say , ok lets try something else with your hand , and now can perform Stealth 2.0

Bonus routines, setup by Lars La Ville.
This effect is inspired from John Carey´s routine – Stealth.This is just my variation and I changed it, so you in this version, the spectator can think of any card in the hand, and you can name the card before it´s turned over in the blue deck.
Original released October 2020