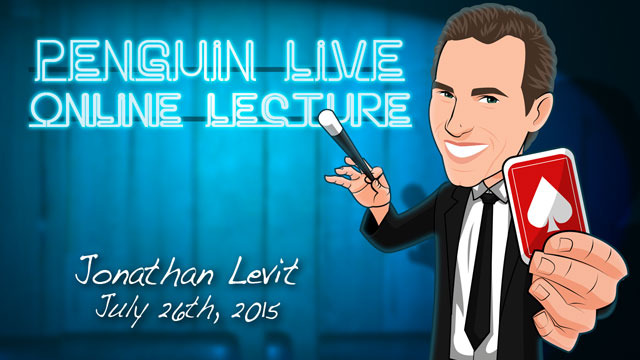 Jonathan Levit is an actor, magician, television host and producer with an act you will long remember that encompasses sophisticated humor, mind reading and magic. His career began with his starring role in one of the most highly acclaimed episodes of The X-Files, playing opposite Ricky Jay. He went on to guest star in television shows and films such as Flashword (ABC), The Others (NBC) and The Huntress (USA), among others.

In addition to his acting roles, Jonathan has been a host for The Discovery Channel, The Science Channel, The Biography Channel, Equator HD and the Fine Living Network for shows including Wired Next Fest, Green Wheels, Paranormal U.S.A. and Miracle Hunters. Combining magic and hosting, Jonathan was seen on VH1 as the host and a judge of the celebrity reality magic series, Celebracadabra and appeared on Masters of Illusion (FOX). Jonathan has appeared on the covers of Magic Magazine and GENII Magazine and continues to be a regular performer at the famed Magic Castle in Hollywood, California.