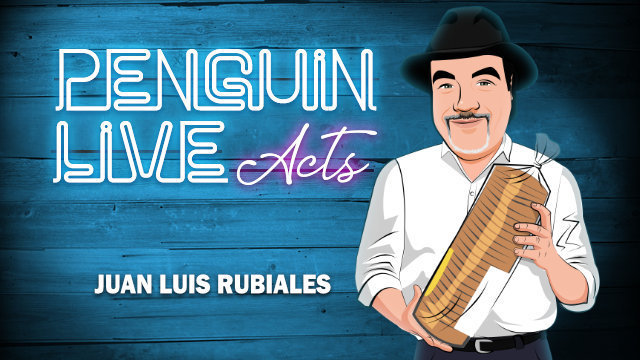 “Juan is the kind of chef we need in magic. Smart, funny, and will fool the crap out you. Also, best version of 3 fly I have seen yet! BRILLIANT!!!” -Chris Kenner

“Your mother told you not to play with your food. She was wrong!Ignore your mother and cook up some miracles with Juan-Lu!” -R. Paul Wilson

Bread Deck- A loaf of bread is treated like a real deck; it is shuffled, cut and squared. Any “card” is chosen and the thought of card is shown to have been predicted in a sealed envelope of instant soup.

Bill to Ice Cube- A vanished borrowed bill appears frozen in an ice cube that has been in the spectator’s drink the entire time.

Cut and Restored Sausage- A sausage is cut into pieces and the spectator signs a selected slice. After the sausage is restored, the spectator chooses a point to cut it in half, where their signed piece is revealed to have been encased in the restored meat. As hilarious as it is deceptive.