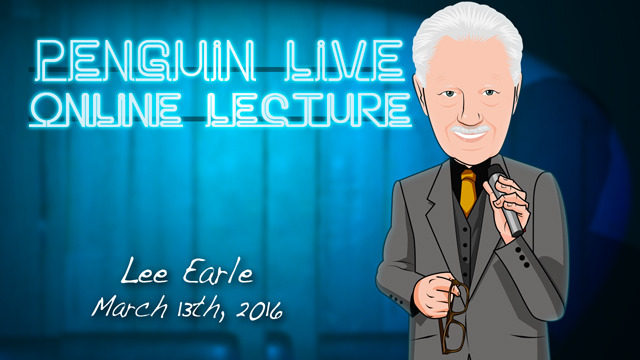 Depending upon your point of view, Lee Earle is either Mentalism’s Johnny Appleseed, Pied Piper or Don Quixote. Lee refuses to applaud mediocrity. He rails at it. In his earlier magical incarnation, he convinced the Arizona driver licensing authorities that his middle name was the “Five of Spades” so that he could include it on his license and use it for card revelations. Lee has the temerity to comment on the magic condition without apology. To some, Lee reminds of a red-headed Max Maven or a beardless Eugene Burger. Each would be offended by the comparisons.
Intelligent, quick of wit and facile of tongue, Lee preaches his gospel of the moment to anyone within earshot. His distinctive Woody Woodpecker laugh and crackling voice seldom need amplification. Many throughout the world who have heard Lee’s staccato presentations, delivered with the evangelistic fervor of a recent convert, have traded their magic props for the simpler impedimenta of the seemingly propless mentalist. Others have shaken their heads and returned to the familiar platform comfort of chrome and flock.  But few are untouched in some way by this energetic advocate.
——————————————————————————
Download : UPLOADGiG – NiTROFLARE