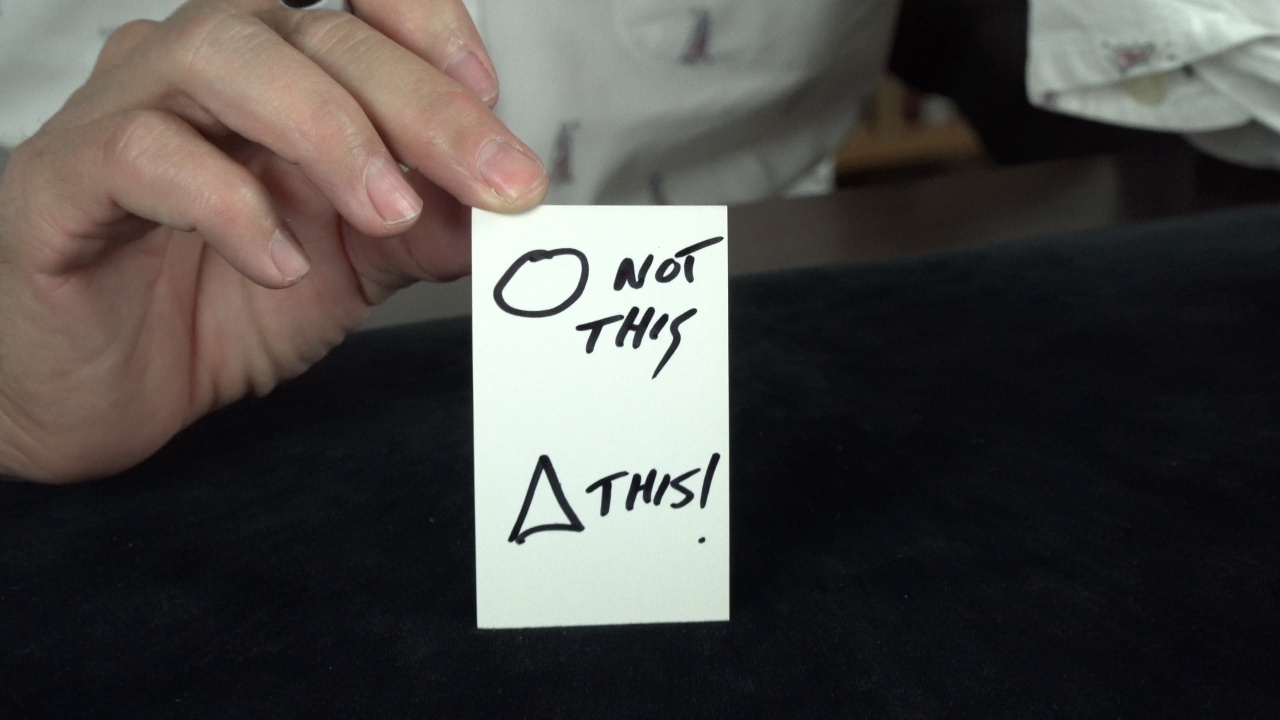 In a world where some of the strongest effects in mentalism are being done with high-end electronics, we need a hero to give us jaw-dropping reactions using only a pen and paper. David Regal is that hero. This spur of the moment mental effect allows you to produce a double prediction where you end totally clean.

The performer writes down a prediction and places it face down in the open before the effect even begins. Next the spectator draws whatever symbols they want on five other slips of paper then mix them up. The spectators then eliminate those down to just one. When the prediction is revealed it is not only of the symbol they picked but also the one they almost picked. It’s an impossible double prediction that was written before the trick started.

“Not This. This!” is a very clever routine that anyone can do. This truly impromptu routine is taught in-depth by David Regal. If you are looking for a direct prediction routine check out “Not This. This!”

Not This. This! by David Regal