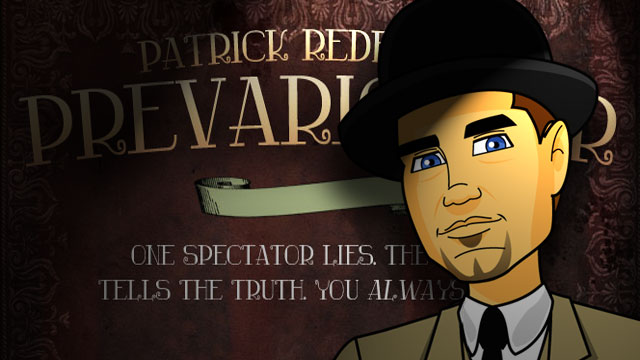 Patrick Redford’s “Prevaricator” is more than a mentalism effect-it’s a concept that uses no gimmicks or props. Redford shares his diabolical method for detecting a lie, and discovering who is hiding a borrowed object and which hand they are hiding it in.

Two spectators are handed an object (say, a crumpled bill) and invited to play a game: one spectator will be the liar and one will tell the truth. While your head is turned, one of the two spectators takes the object. You, the mentalist, always know who the liar is, and which hand they are hiding the bill in. You can repeat the game indefinitely, and close by divining the serial number on the borrowed bill.