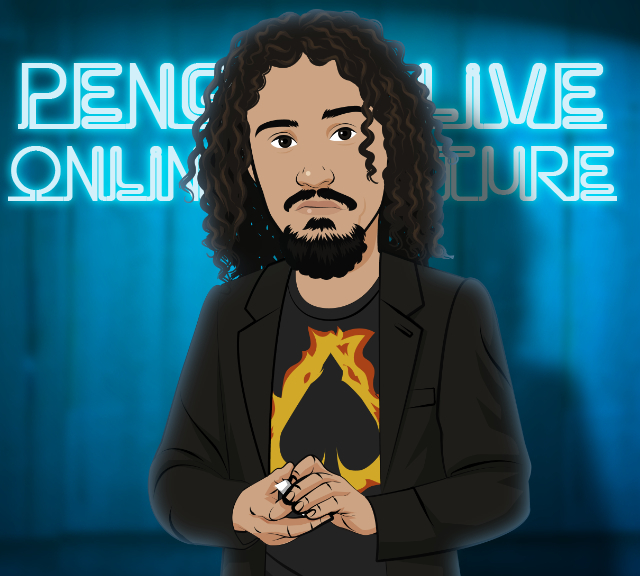 The Tantalizer- A card is selected and returned to the middle. The deck is then dealt in two piles. One of the piles is dealt again and again until there’s one card left. It is revealed to be the selection the selection.

ACAAN with 2 Decks– A Card and a number are named. The card appear in that position in a deck that was always inside the box.

In Addition to these incredible effects, Bernardo takes you through the psychology and philosophy that makes his magic so deceptive for magicians and laypeople alike. You will learn the real work that Bernardo has used to fool some of the top minds in magic and produce miracles using some of the boldest techniques available to card magicians today. The entire lecture is capped off with a serious discussion of art and self-discovery, with Bernardo leading you through an examination of your own work that will leave you a better magician no matter where you are in your journey.

Bernardo is considered one of the best magicians in Brazil and has performed and lecture in over 20 countries in 4 continents, also he has been in the most prestigious invitation-only conventions in the world, such as FFFF, Buffalo 52, Numisminds, Jornadas Magicas, Jornadas Cartomagicas de el Escorial (organized by the legend Juan Tamariz), and has also been a guest (and sometimes jury) on conventions like FISM LA, FISM WCM, SAM, The Session, Magifest and many others.
Even performing everywhere, the creator of the best selling “Good Intuition” somehow stayed underground for most magicians, secretly creating hundreds of non-published effects which lead him to consult, give classes and lectures worldwide.
If you heard or were lucky enough to have seen Bernardo performing, you know what we’re talking about!