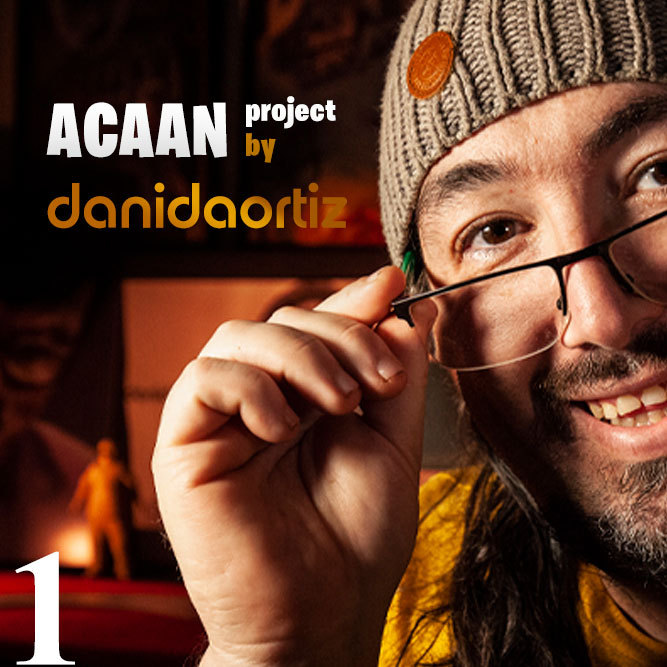 Thousands of magicians have been drawn to the magnetic personality, electric performance, and personal vision of magic that is the force of nature known as Dani DaOrtiz. A living legend in the field of card magic, and one of the most sought-after advisors and teachers of magic, his deep thoughts regarding technique, timing, and effect construction are considered must study techniques by some of the best practitioners in the art of magic. Now you can get one on one instruction by Dani in a plot that has fascinated magicians for decades. This is The ACAAN Project by Dani DaOrtiz.

This video series is your invitation to sit down with a monthly lesson on Dani’s thoughts, theories, and conceptions of the Any Card At Any Number plot. Each month a new video will be released with Dani diving deep into every nuance and detail that he has explored as he has performed variations of this effect for thousands of people. These are direct, powerful tricks, sometimes with thought of cards; in others without touching the deck; and in still more with borrowed packs of cards. Each video is loaded with psychological subtleties, sleight of hand, and the misdirection secrets hard-won by a master of the craft.

● Each video is recorded entirely in English and in Spanish.
● Each video has a minimum duration of 20 minutes, and a maximum of 1 hour.
● The series will run for a total of 12 releases each delivered monthly.

When you purchase the whole series you will not only receive each video automatically as it is released, but you will get an exclusive discount for the entire collection. Dani Daortiz has explored the farthest reaches of the ACAAN plot, and you’ll be getting powerful secrets direct from his working repertoire. The theory alone is worth the price of admission, the tricks themselves will delight your audiences and baffle magicians. Get ready to go to school with your new headmaster, Dani Daortiz, in The ACAAN Project.