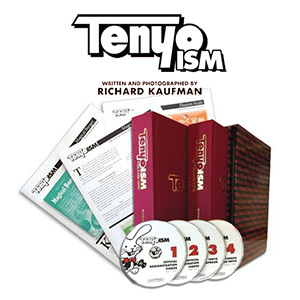 The Cult of Tenyoism. I blame Richard Kaufman

Back in the 1970’s it was rare to go to a magic convention and not see Pavel’s Colour Changing Records performed many, many times. The trick was one of the many items in the Tenyo magic catalogue. Other popular Tenyo effects at the time were What’s Next (Spot Card), Locking Card Box, Cubio, plastic Chinese Sticks. Pretty much the entire range of Tenyo items were based on other people’s – mostly standard – tricks. However this was to change and change dramatically.

By the mid-70’s Tenyo’s creative team were developing and producing magic that rivalled in creativity and ingenuity the stage illusions from the golden age of stage magic. Except that these were for largely close-up performances and did not require much skill to physically work.

2 thoughts on “Tenyoism by Richard Kaufman”