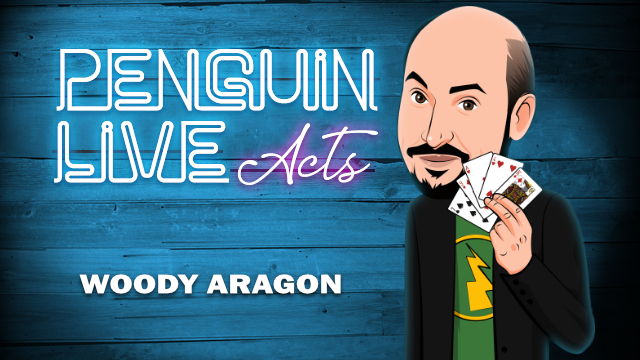 All Self Working Card Set:

Cut to Any Card- You ask if anyone in the audience has a deck of cards that is a different color back than the one you are using. They choose one card out of their deck. An audience member is asked to call out a number and the magician quickly cuts the cards and places their selection in the deck. Now that the deck is reassembled you count the cards and find that you placed their selection exactly at the named number. This is repeated once more with a number you call out. You cut the cards to that number, you count the cards and then you find their freely selected card at that position.
Think of a Card Routine-Spectator shuffles the deck. A member of the audience is asked to think of a card as you spread the cards in your hands. The deck is shuffled and separated in an entertaining way and you deal cards to the table one at a time until the spectator says stop. The final card is dealt to the table and turned over, it is the spectators thought of card.
Tarot/ Self Working TriumphThis is a self working triumph routine where the spectator makes all of the decisions. I use a tarot deck to demonstrate this effect but you can perform this effect with any deck of cards. All of the cards are mixed face up and face down by the spectator. While the cards are in their hands you reveal that magically all of the cards are face down except for their selection.
Poker Prediction–  The deck is cut, half of the deck is given to the spectator and you keep the other half. Both halves are shuffled and the spectator cuts the deck into four piles. The four piles is split in half. Two piles for the magician and two for the spectator. A second spectator chooses 5 cards from the magicians pile and makes a poker hand. The first spectator selects 5 card from his pile to make a poker hand. Once the poker hands are revealed you show that they have two pairs and you win with a royal flush in spades. You then follow up this effect by showing that you predicted the outcome at the beginning of the show.