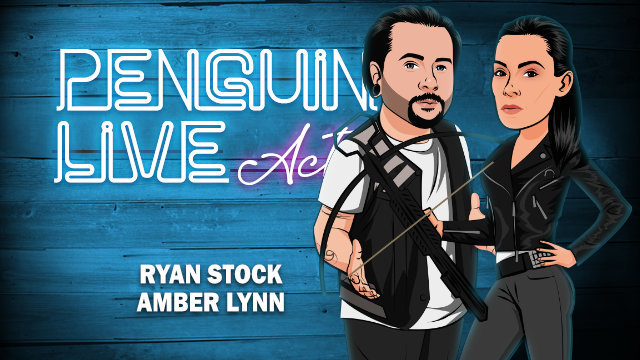 Las Vegas Headliner Ryan Stock and AmberLynn are no stranger to the public eye, they have toured the world with their unique brand of entertainment for over 15 years. Swallowing swords, juggling chainsaws and even firing flaming arrows at each other.

With hundreds of television appearances under their belt including The Tonight show, Ellen, Penn and Teller: Fool us, and making it all the way to the quarter finals of America’s got talent, where their act resulted in one of the most talked about and viewed moments in the shows history prompting the judges to bring them back for America’s got talent “The Champions.”

Their stage show is unlike anything you’ve ever seen, combining stupid human tricks and super human stunts with hilarious interactive comedy.