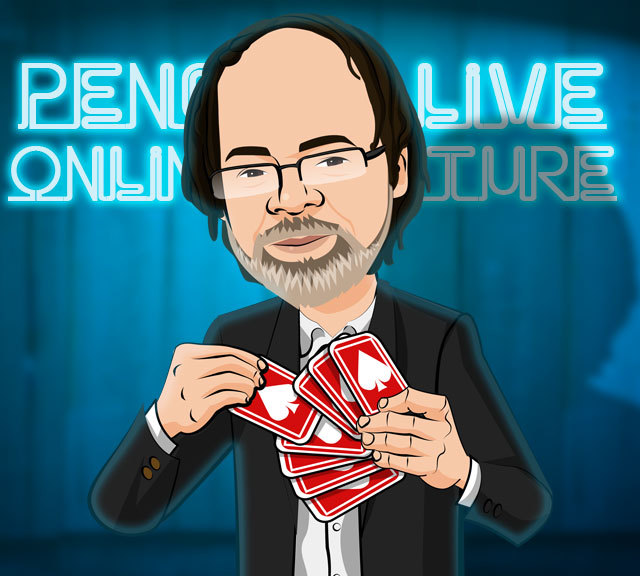 Bébel is already a legend in card magic.  He is an underground street performer in Paris, France where half the world is walking around. In an age where technological miracles make anything possible, it’s amazing to be able to astonish, amaze, and surprise with 52 pieces of cardboard which are as old as time. It’s incredible”. Bébel sets up under a large street lamp performing daily. He has been doing this since 1989.

– 1988 first prize in card magic at the AFAP (French Association of Conjuring Artists) magic convention;
– 1995 first prize, the &quot;Golden Dove&quot; award at Juan les Pins.
– His card magic can be seen at cabaret tables, in conference rooms across the world, in Achille Tonic’s productions with Shirley and Dino, and on TV shows such as “Null par Ailleurs” on the channel Canal + and “Vivement dimanche” presented by Michel Drucker.